If you grew up with parents who abused drugs or alcohol, abused you, or just weren’t able to be there for you emotionally, chances are you developed some codependent behaviors. To survive your childhood, you may have had to take care of your own caretakers.  It was probably important to pay close attention to what they needed, avoid making mistakes, and do whatever it took to keep peace.  These survival habits can hang on, even after you’ve grown up.

Other reasons for codependent behavior include a need to feel needed, a feeling of superiority or pity, or a discomfort with your own emotions that makes it seem easier to focus on other people instead.

In women, codependency can be a product of social conditioning that’s based on gender stereotypes.  We can easily get the message from our families, the media, or society in general, that our only purpose is to support and nurture other people.

Why is codependency a problem?

In addition to the toll it takes on your own mental and physical energy, codependent behavior can make a partner, spouse, family member, friend, or co-worker feel smothered or controlled.  It usually leads to resentment on both sides of the relationship.  By trying too hard to be helpful, codependents keep other people from facing their own problems and developing their own strengths.

Is it possible to change?

Breaking out of the pattern requires a willingness to try new habits, such as:

These new behaviors may feel strange at first. They may seem selfish. Ultimately, though, it will become clear that this is the way a truly compassionate person acts.

You’ll not only be serving your own needs; you’ll be showing respect for other people's ability to take care of themselves. Instead of being disappointed in them and resentful about your own unmet needs, you will come to see the ways you're in charge of your own life, and see how important it is for them to be in charge of theirs. By caring for yourself -- putting on your own oxygen mask first -- you can build a reserve of emotional strength that will benefit you as well as the people you care about.

​​Is your behavior codependent?

Here are some warning signs:

​Codependency is a lot like trying to help other people - sometimes practically everybody on the airplane - before you put on your own mask.  Caring about other people is a good thing.  But if you equate caring with neglecting your own needs, you may find yourself unable to be helpful to anybody, least of all yourself.

The difference has to do with how your acts of giving or helping make you feel. Codependency is about sacrifice, whereas compassion feels unlimited, like there's enough for everybody, including yourself. Codependency is based on an obligation to give, or a hidden expectation that you’ll be paid back, while compassion is something you give freely, no strings attached. 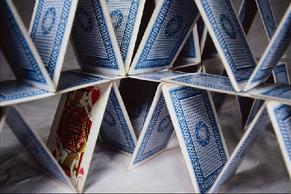 ​When flight attendants give emergency instructions just before take-off, they tell parents to put on their own oxygen masks first, before helping children with theirs. This goes against instinct.  What parent, seeing her child in desperate need of something as basic as air, would "selfishly" put her own needs first?  The flight attendants are right, though.  A parent who's about to lose consciousness, herself, can't be much help to her children or anyone else. 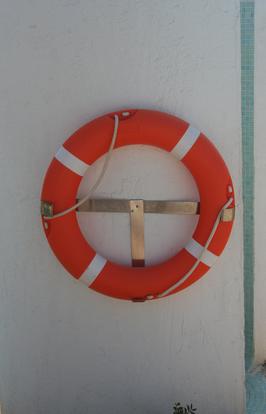