​12 to 17 year olds who do not require parental consent

As of January 2011, a child who is under 18 but over 12 years of age can consent to his/her own treatment if the therapist assesses that he/she is competent to engage in therapy, and that given the child's circumstances, it would be inappropriate to try to obtain consent from a parent or guardian.

Under the old law, parents had to be informed about a child's therapy and give consent, unless obtaining  consent would endanger the child.  This criteria was particularly problematic for therapists treating LGBT youth.  Queer teens are often reluctant to tell parents they want therapy, because even that much disclosure could lead to coming out of the closet unintentionally and/or prematurely.  Obviously, coming out to parents does not always involve a risk of physical danger.  But because homophobic attitudes are so prevalent and there is so little available support for parenting sexually diverse children, coming out frequently does lead to verbal and emotional abuse, estrangement, or attempts to change the child's sexual orientation or gender identity.  Under the new law, therapists only have to seek parental consent for 12-17 year old clients if and when it is appropriate, which frees us to provide a safe holding environment for young people who are sorting out issues of sexual orientation or gender identity.

(Prior to January 2011, at least one of the following conditions had to be met: 1) the child would be endangered by any attempt on the part of the therapist to obtain consent from a parent or guardian; 2) the primary focus of therapy was substance abuse, pregnancy or pregnancy prevention, sexual assault, or sexually transmitted diseases: or 3) the child was legally emancipated.)

Children under 18 who do require parental consent

For all children under 12, and for children 12-17 when there is no reason it would be inappropriate to obtain an adult's consent, the parties who can consent to a child’s treatment are:

(If the child is a ward of the state, the legal guardian is the Public Conservator, who may be represented, for example, by a CPS social worker. Sometimes a Public Defender during a divorce case will act as Guardian Ad Litem. A foster parent is almost never a legal guardian. Adoptive parents have the same rights as biological parents.) 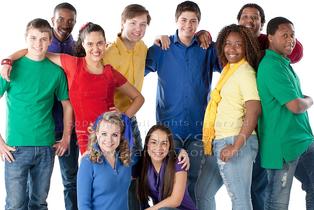 Law and Ethics with an LGBT Focus Part Two

​Law and Ethics Nuts and Bolts